The five o’clock tea from Britain has turned into a tradition that the entire world recognises. This tradition is deeply rooted in history and honoured by just about everyone born in the UK. English writers are no exception.

Some of the greatest English writers were passionate tea aficionados. While the love for the beverage was predominantly an individual preference, there’s also some (surprising) evidence that drinking tea makes you a better writer.

The connection between tea and writing

“You can’t get a cup of tea big enough or a book long enough to suit me,” said the talented C.S. Lewis – the father of The Chronicles of Narnia.

For a start, some tea varieties (consider green and black tea, for example) have energising powers. If you need a bit of motivation to get started with writing, having a delicious and aromatic cup of tea first thing in the morning would be the best thing to do.

Since some types of tea are stimulants, they help writers remain committed to the task at hand. On the opposite end of the spectrum, a cup of herbal tea has soothing and relaxing qualities. This type of tea is perfect for writers who need to calm down their (over)active brain.

Now that we have a better idea about how tea can inspire writers and help them concentrate, let’s take a look at some of the literary geniuses who were dedicated tea lovers. 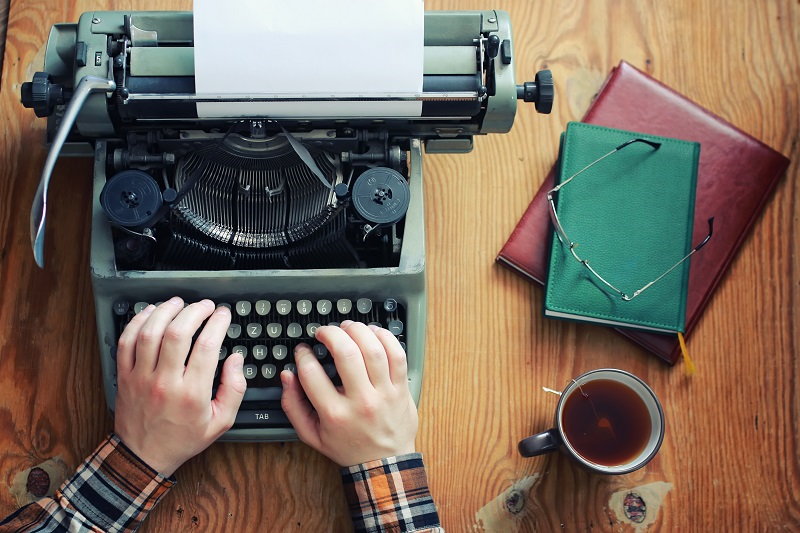 The love of Jane Austen for tea is well-known and documented. It’s such a prominent feature that some tea series today have even been inspired by the creator of Emma and Pride and Prejudice.

Austen loved tea so much that she often wrote about it in her literary works. References to the most English of all rituals are also available in Austen’s letters to her sister Cassandra. In the family, Jane Austen was the person responsible for making tea. While the family did have a servant, Jane enjoyed this aspect of breakfast preparation and she also adored toasting bread.

During the era when Austen lived (the early 1800s), tea was bought in bulk from warehouses. It was mainly available in larger cities like London. Occasionally, smaller town shops could feature some tea varieties but that wasn’t a frequent occurrence. After all, tea needed approximately one year to travel from China to England and the taxation on it was high.

A few of the common tea varieties available in England in the early 1800s included black and green tea. Jane Austen never specified what her favourite type of tea was. Usually, green tea was specifically referred to as such by people at the time. This is why contemporary researchers believe that Jane Austen drank mostly a black tea.

Dickens also ranks among the biggest tea drinkers in the literary world. “My dear if you could give me a cup of tea to clear my muddle of a head I should better understand your affairs” is one of the famous quotes of the author on the topic of tea consumption.

Tea is often described in famous works by Dickens. In David Copperfield, tea is praised for its calming force. It was also used as a description of one thing common between the different classes. Thus, Dickens used tea as a powerful tool to demonstrate the stark differences in the lifestyles of the rich and the poor at the time.

Of all Dickens books, Great Expectations is the one that uses tea the most to become a symbol of hospitality and generosity. The manner in which tea is consumed by the different characters in this all-time classic is once again used to demonstrate the contrast between members of classes.

Often referred to as Dr. Johnson, Samuel Johnson is an English writer who lived and worked from 1708 to 1784. A few of his major works include essays like The Rambler and A Journey to the Western Islands of Scotland, poetry collections and dictionaries. In fact, Dr. Johnson is recognised as the creator of the very first English dictionary.

Of all the English writers with a passion for tea, Johnson is probably the most outspoken one.

Samuel Johnson loved his warm cup of tea. According to one of his statements “I am a hardened and shameless tea drinker, who has, for twenty years, diluted his meals with only the infusion of this fascinating plant.”

All of this happened at a time when the vast majority of people considered tea to be unfit for human consumption. The truth is that tea wasn’t available for consumption in England prior to the late 1600s. In the early decades of acceptance, the beverage was only available for purchase by the rich.

Dr. Johnson was a rather poor writer and his ability to obtain tea was severely limited. He was, however, known for drinking unimaginable quantities of the beverage whenever invited over for a meeting in somebody else’s house.

There’s some evidence that after publishing the first dictionary in England, Dr. Johnson received a considerable amount of money. A large portion of the funds went to the purchase of a finely crafted silver teapot.

Another literature genius with a love for a cuppa, George Orwell said that “tea is one of the mainstays of civilisation in this country.”

Orwell loved the delicious and warming beverage so much that he published a guide to brewing it correctly. The short guide is called A Nice Cup of Tea and it featured 11 points needed for the creation of the perfect teacup, according to Orwell.

First of all, one should use Indian or Ceylonese tea. China tea has virtues which are not to be despised nowadays — it is economical, and one can drink it without milk — but there is not much stimulation in it. One does not feel wiser, braver or more optimistic after drinking it.

This is the first provision included in Orwell’s guide. Obviously, it’s just the beginning. Orwell also had recommendations about the right kind of teapot and tea cups to use. The author of 1984 and Animal farm also had strict beliefs about how tea should be consumed. In his views, the best tea was unsweetened and the addition of sugar to the brew simply destroyed its authentic flavour and aroma.

This is a guest post written by Alice Clarke, a content manager and a passionate writer from Australian essay service review. English poetry inspires her to write catching pieces.