We all know that decaf black tea is often nearly flavourless, but did you know there are other great tasting caffeine-free herbal alternatives that you can switch to instead? I never used to be a fan of herbal teas until I discovered some of these delicious alternatives. I was always a traditional tea with milk sort of person. Nowadays, I indulge in almost all of the tasty herbal options, without the guilt of consuming caffeine.

If you’re also looking for a caffeine-free alternative to decaf black tea, why not try a few of these herbal alternatives that taste almost the same as black tea. Yes! There is nothing that has the exact same taste as black tea, but these three options pretty much cut it. 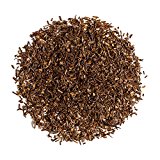 Rooibos is not entirely a kind of tea. This is because it is produced from a plant that is not related to the tea plant. It, however, is the best herbal tea that tastes like black tea. It produces a thick reddish brown brew which is closely similar to black tea in body and taste, and has a few similar aromatic and flavour components. The aroma of rooibos is often described as naturally sweet and earthy.

Rooibos is produced in a traditional process which is in many ways akin to that of black tea. This process involves harvesting the leaves, and setting them out in heaps to oxidize, thus turning them into a vibrant red colour. The process produces a similar chemical reaction to the reaction that happens when tea plant becomes black tea.

Rooibos is found in most supermarkets- so why not pick some up when you go shopping? It is completely caffeine free and has a great natural taste! In the past, it was used to boost the immune system. As far as herbal alternatives to decaf black tea go, rooibos is definitely at the top of the list. 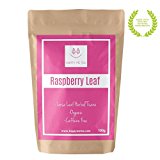 This is another excellent herbal alternative that produces a caffeine-free infusion that closely resembles black tea in aroma and flavor. You can buy it from most supermarkets as well as herb companies. It is frequently recommended for women because of its useful benefits to the female reproductive system. It is also a great for stomach cramps and during pregnancy. But it is totally safe for everyone as a beverage, as it doesn’t show evidence of hormonal change. So men and women can drink it regularly as a beverage.

The cup which is produced by steeping red raspberry leaves in water is less reddish but more brownish than rooibos. It’s not quite as thick as black tea, but it has a closely similar flavour and aroma profile.
Despite the fact that this infusion is produced from the raspberry plant, it has minimal resemblance to the aroma and flavour of raspberry. Instead, it is exceptionally earthy and herbaceous, something in between the taste of black tea and that of a raspberry leaf under the heat of summer. 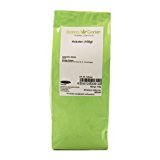 Also worth mentioning is a much less known herb, New Jersey tea, whose tea tastes a lot like black tea than the red raspberry leaf. New Jersey tea is a plant in the buckthorn family. This plant is a close relative of the rose family and a favorite to most residents of Western Europe and North America. In the past, it was used by Native Americans to treat upper respiratory infections like influenza and the common cold.

It is also said that New Jersey tea shares the same aromatic components with wintergreen oil, one of the best tasting herbs you’ll ever come across. It’s this great taste which is said to create a flavour similar to black tea, making it a great alternative if you want to indulge in something entirely new.

These three options are the only herbs that closely resemble black tea. There are numerous other caffeine-free alternatives out there that produce delicious infusions that more or less resemble black tea in aroma and flavour. Even if you don’t find that they closely taste like tea, you may enjoy drinking them more than decaf tea.

I say, why not explore the different herbal teas and then decide which one gives you the closest feel of black tea. The goal, after all, is to find a caffeine-free alternative that is most satisfying to you rather than trying to seek out the ones that taste like black tea.