With its refreshing and slightly grassy taste, Sencha green tea is for those who can appreciate a cup of quality green tea. When steeped in water, Sencha tea leaves produce a golden green beverage with a rich vegetal aroma and an even richer flavour that perfectly balances between fruity and astringent.

The flavour and aroma are not the only high points of the Sencha tea. It is also one of the healthiest green teas with plenty of antioxidants calling its narrow leaves home. It’s no wonder that this is the most popular tea in Japan, both in terms of production and consumption. 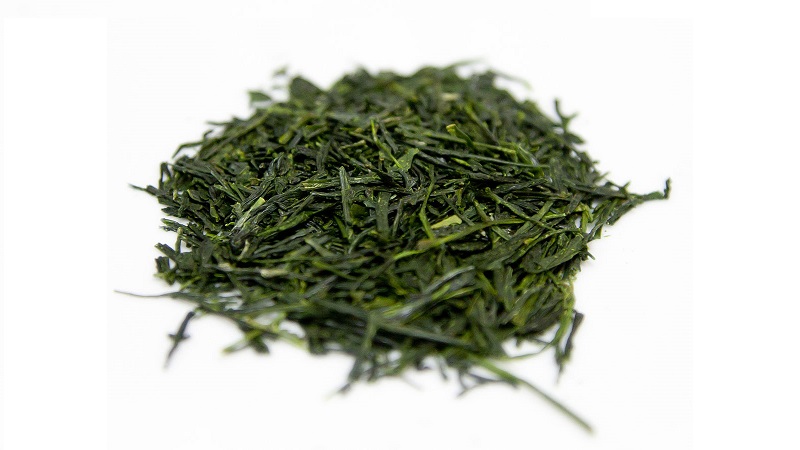 Japan and Green tea have a long history together. With the proliferation of numerous types of green teas in Japan, you’d be forgiven to think tea has always been a part of Japanese culture. But if you go back further enough, up to around the 8th century, you’ll discover that tea didn’t exist in Japan until some Japanese diplomats came home with it from a visit to China.

A bit later on, a Buddhist monk helped kindle the use of tea in Japan by introducing the idea that green tea was good for your health. There was even a book written to further popularize the benefits of drinking green tea.

It was around this time that farmers started planting tea trees starting in Uji, Tokyo. In the years since, Japan and green tea have become synonymous. Along the way from the discovery of tea, farmers continually improved tea planting and preparation methods.

One particular improvement was in how the leaves were handled after harvesting. Then and even today, most tea-loving cultures used roasted and dried tea leaves to brew beverages. In Japan they discovered that steaming rather than roasting the leaves produced richer and fresher tasting tea.

This preparation process is a big part of why Sencha tea tastes so fresh to the point where you can almost feel the taste of the raw leaves.

The rise of Sencha tea was accompanied by the introduction of an informal sencha ceremony where friends would gather to discuss wide ranging topics while enjoying freshly brewed Sencha tea. 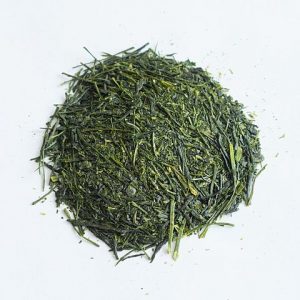 Over the cold winter tea plants pack a lot of nutrients. In spring, the first leaves have a high concentration of nutrients. These tender leaves are used to make the highest quality Sencha green tea.

When harvested, the leaves steamed for around 20 seconds to prevent oxidation and preserve the fresh flavour of the tea. They are then rolled and dried for long term use. You’ll find Sencha tea either in form of leaves or tea bags. In both types the leaves are steeped in water then discarded.

Another variety of Sencha tea known as Fukamushi Sencha produces a darker colored beverage with a more astringent flavour. The darker color and slightly more bitter flavour is as a result of the longer steaming period of the Sencha leaves (twice as long compared to regular Sencha tea).

When you go to the store you may also find Sencha green tea powder. When ground into a powder, the tea becomes more astringent and the color is slightly darker. The powder also delivers more antioxidants because you are actually drinking the leaves along with the tea.

Note that Sencha tea grown in different areas of Japan will produce slightly different flavours. The variation is because of different soils, climates and harvesting periods.

How to brew Sencha 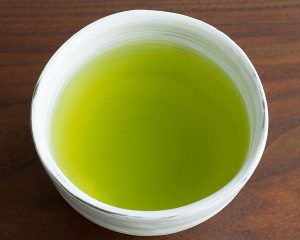 One of the most interesting characteristics of Sencha tea is how much it changes under different conditions. When it’s growing, soil and weather determine the final quality of the tea. During preparation, factors like water temperature and water quality determine how the final flavour will turn out.

The basic way to prepare Sencha is to add hot water to a pot with Sencha leaves. First boil water and then let it cool down just slightly. To a teapot, add a heaped teaspoon of Sencha leaves. Then add the hot water and let the leaves steep for 60 to 90 seconds.

Don’t leave the water in the pot for longer otherwise the leaves are going to get too soaked and damage the tea quality. Pour the ready tea into a cup and enjoy. You can add a sweetener or drink it as it is. As for the remaining leaves in the pot, you can get two or three more cupfuls without losing flavour.

If you have Sencha teabags, preparation is even easier. Just leave the bag inside hot water for 60-90 seconds and then discard it.

Here are a few more tips to ensure the best cup of Sencha tea.

Benefits and side effects of Sencha Tea

Green tea is considered a super beverage (like healthy super foods). It has numerous health benefits from fighting cancer to making your skin look younger. The Japanese knew the tea was healthy centuries ago and science has confirmed their beliefs.

The health benefits of Sencha tea stem primarily from its EGCG content. EGCG is a type of phytochemical. It combats free radicals (which are associated with cancer), it enhances brain function, prevents heart disease and plays a role in weight loss.

There are also other antioxidants that benefit various systems in your body.

As for any side effects, they are mostly absent as long as you enjoy it in moderation. In some people however, Sencha green tea can worsen anemia, aggravate an anxiety disorder and cause problems in diabetics.

Pregnant and breastfeeding women should drink only two cups a day. If you have a chronic health condition, consult your doctor before taking any type of green tea.

The difference between Sencha green tea and other varieties is where they are grown, the type of tea plant and how the leaves are processed.